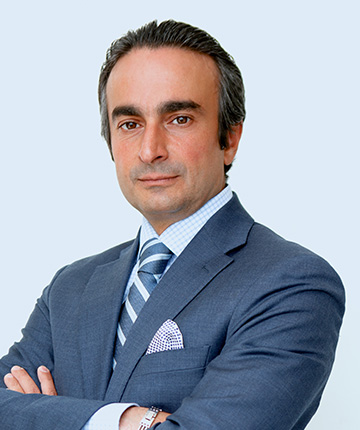 Joseph Lavi is a trial lawyer and founding partner of Lavi & Ebrahimian, LLP. Mr. Lavi devotes his practice to exclusively representing employees in all aspects of labor and employment law, including wage and hour class actions, consumer class actions, discrimination, harassment, sexual harassment, whistleblower, and Wrongful Termination cases. Mr. Lavi has successfully litigated multiple wage and hour class actions, as well as individual cases, some of which have resulted in multimillion dollar settlements or verdicts. Mr. Lavi has also been a lecturer at various California Labor and Employment Associations.

Representing employees in both State and Federal Court proceedings, Mr. Lavi has successfully handled multiple appeals in the California Court of Appeals as well as the United States Court of Appeals, and the 9th Circuit on different employment issues that have molded today’s legal landscape. In addition, some of Mr. Lavi’s cases have been certified to United States Supreme Court, litigated to the California Supreme Court, or prosecuted through numerous other Federal and State Appellate Courts.

In 2010, Mr. Lavi and his firm obtained a favorable ruling from the California Supreme Court in the matter of Pearson Dental Supplies, Inc. vs. Superior Court (2010) 48 Cal. 4th 665.

In 2018, Mr. Lavi and his firm again obtained a favorable ruling from the California Supreme Court in the matter of Alvarado v. Dart Container Corp. of California (2018) 4 Cal.5th 542.

Other cases that Mr. Lavi has litigated to either the State or Federal Appellate Courts include the following:

Mr. Lavi and members of Lavi & Ebrahimian, LLP have achieved some of the top settlements in both the United States and California on behalf of their clients.