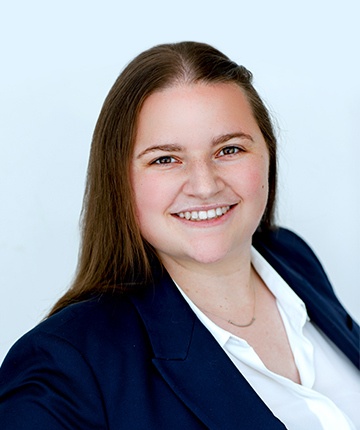 Prior to joining Lavi & Ebrahimian, LLP, Ms. Huether represented employees in a variety of wage and hour class actions and PAGA representative actions in both state and federal court against employers of all sizes who operate in various industries throughout the State of California.

Ms. Huether attended Loyola Law School, where she was a member and Note and Comment Editor of the Loyola of Los Angeles, Entertainment Law Review. During law school, Ms. Huether was also a member of the Women’s Law Association and Phi Alpha Delta.  As a law clerk, Ms. Huether worked at the Harriett Buhai Center for Family Law assisting low-income individuals and victims of domestic violence in obtaining restraining orders and commencing divorce proceedings. In 2014, Ms. Huether graduated from University of Nevada, Reno where she obtained her Bachelor of Arts in Psychology with a Minor in Business Administration.

Ms. Huether was selected by Super Lawyers as a Southern California Rising Star in 2022. This honor is given to no more than 2.5 percent of attorneys in the state.

Ms. Huether has been an active volunteer with the National Multiple Sclerosis Society since 2012 and is currently a member of the Emerging Leaders Board for the Southern California Chapter of the Society. During her free time, Ms. Huether enjoys traveling, watching sports, and spending time with her dog, Enzo.