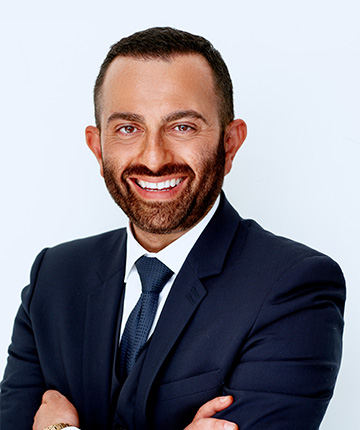 Nick Ebrahimian is a “people’s” lawyer. He co-founded Lavi & Ebrahimian, LLP in 2003 at the age of 28. Nick takes pride in protecting employee’s rights and represents California employees in all labor and employment matters in State and Federal Court.

Nick has been recognized as a Super Lawyer by his peers between 2006-2016, representing the top 3% of his specialty based on interviews with lawyers and judges. Nick has won numerous bench and jury trials for his clients during his career.

Nick, along with other attorneys of his firm, has handled tens of wage and hour cases, both individually and on a class action basis, and has obtained millions of dollars in settlement for a wide variety of California employees.

Nick is married and has a daughter. In his spare time, he likes to watch soccer, go to boot camp and play craps.