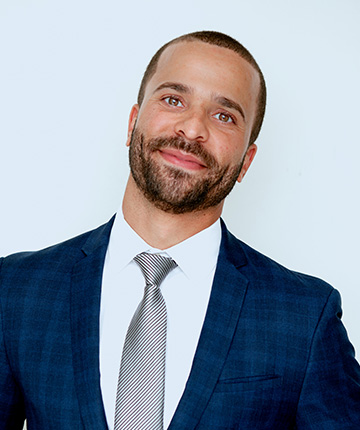 Vincent C. Granberry is an attorney at Lavi & Ebrahimian, LLP. Mr. Granberry’s practice is devoted exclusively to the representation of employees in the litigation of labor and employment matters against their current or former employer including discrimination, harassment, retaliation, wrongful termination, whistleblower cases, complex wage and hour class actions, and complex consumer and employee class action cases.  Mr. Granberry along with the other members of Lavi & Ebrahimian, LLP have achieved some of the top settlements in both the United States and California on behalf of their clients.

Prior to joining Lavi & Ebrahimian, LLP, Mr. Granberry was an associate attorney at the Beverly Hills office of a national employee-side law firm based in New York City where he also exclusively represented employees in matters arising out of their employment.  Before devoting the entirety of his practice to the representation of employees, Mr. Granberry was a real estate litigator at a boutique Culver City firm.

Mr. Granberry is a 2010 graduate of the Sandra Day O’Connor College of Law at Arizona State University.  Throughout law school Mr. Granberry was an active member of the Homeless Legal Assistance Program, which was dedicated to providing basic legal services to the homeless population in the greater Phoenix area.   In 2007, Mr. Granberry obtained his Bachelor of Science degree in Political Science from Arizona State University where he was named on the Dean’s List of Outstanding Scholars.

Mr. Granberry is an active member of the State Bar of California, the Beverly Hills Bar Association, the California Employment Lawyers Association, and all State and Federal District Courts of California.   Outside of the practice of law, Mr. Granberry enjoys traveling, mid-century architecture, fiction novels, boot camp fitness, and science fiction movies.